As of Wednesday 10/30/2013, I successfully completed my PADI Open Water Diver certification! For many people, this is a big deal…but for me this is HUGE. As someone who has been terrified of the ocean her whole life, getting scuba certified was the last step for me in conquering that fear. After numerous snorkeling trips, getting in a cage to go shark diving and even just swimming in the ocean off the beach…I was ready.

On Monday, I did my first day in the water. The first site we went to had a few small waves and I completed one skill. All of a sudden there were huge waves and I was getting knocked around everywhere. At this point, I started to slightly panic as I knew I couldn’t get used to all of the equipment if I kept getting thrown into the rocks by the waves. My awesome dive instructor decided it would be best to go somewhere else that was a little calmer. We moved locations and started again. This time it was MUCH better. I completed all of my skills correctly on the first try and that was the end of day one!

On Tuesday, I did my first open water dive off of the shore. The first dive we just had some fun and went down to about 20 feet. I got to see an octopus and a pufferfish, among other tropical fish. The next dive that day, I did a few skills and we swam back to shore.

On Wednesday (my final day), I opted to do a boat dive…and I am so happy I did! Our first stop was Turtle Canyons where turtles come to hang out, sleep and relax so the fish can clean their shells off. We pulled up to the spot and there were two huge turtles on the surface by the boat. We got our gear on and jumped in the water. I did a few skills, then we got to have some fun. The visibility was decent and I was able to see some pretty cool fish. However, the best thing about this dive was the GIANT turtle sleeping. It was so big, at first I thought it was a rock. Absolutely incredible! I also got to see a spotted moray eel, a nudibranch (sea slug) and a sea snail. 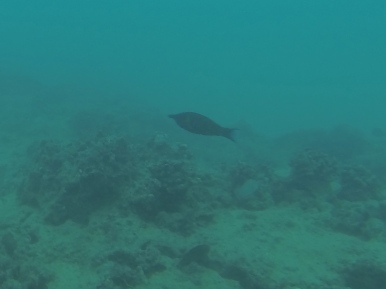 Me and the giant turtle.

Swimming over the turtle. 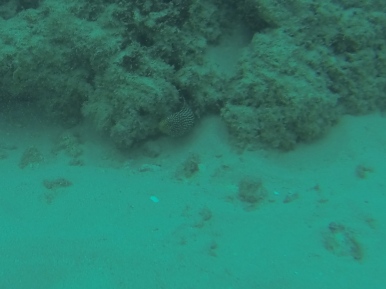 Spotted moray eel. He wasn’t pleased with us invading his space. 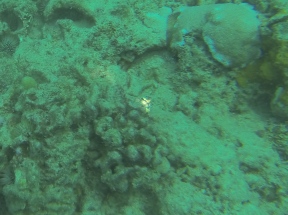 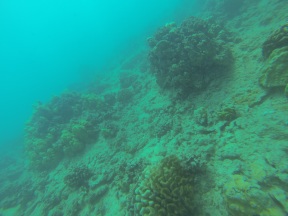 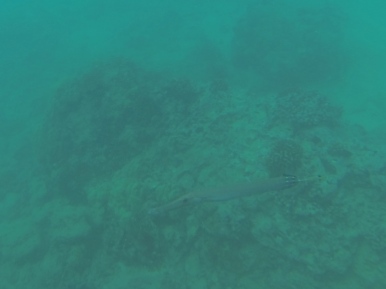 More trumpetfish. They were everywhere. 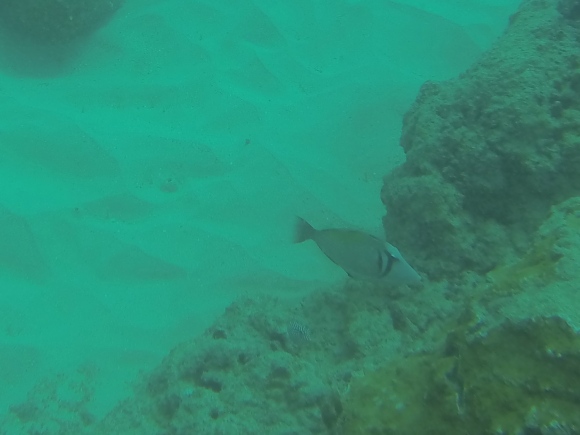 Our next dive had much better visibility at Nautilus reef. We spent some time on the surface, I did my last skills and then we got to dive! Our first discovery (I say our, but really it was my awesome dive instructor) was a huge pufferfish. It was hidden in some coral, but I was able to get a partial picture. The next was a small whitetip reef shark. It was only about two to three feet, but still a shark! It was swimming under some coral..pacing back and forth. The next was an octopus! This time, I got to hold it! It was so weird to feel it suctioning onto my skin. So bizarre! You could also see him changing colors. Pretty phenomenal. After that, we swam around and saw a sea cucumber, tons of beautiful coral and fish and found another octopus. All in all, I’d say it was a pretty big success! 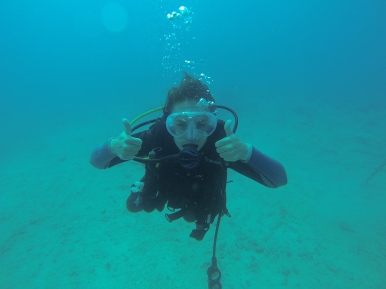 The coral was beautiful. 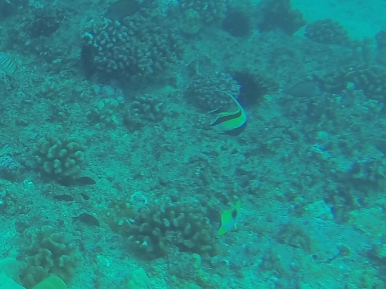 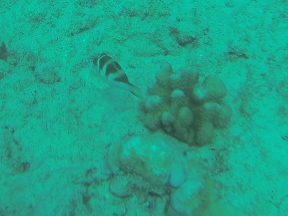 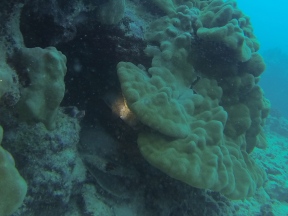 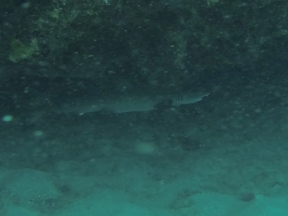 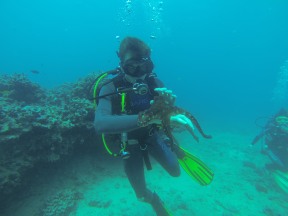 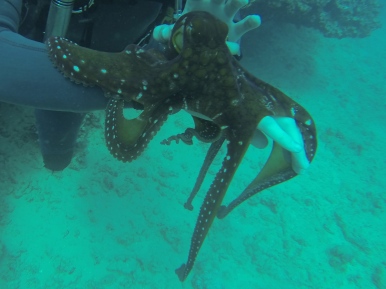 More trumpetfish. Tons of them. 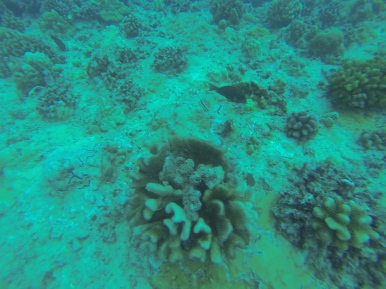 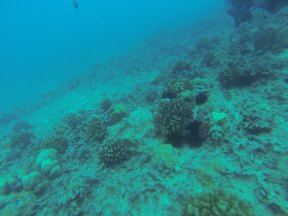 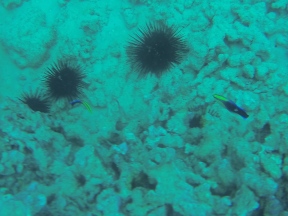