Today I put on my tourist hat and went to visit `Iolani Palace. Our apartment building is surrounded by all of these historical buildings/landmarks/churches/etc…`Iolani palace is one of them. It sits about two blocks from where we live and is the only royal palace in the United States.

A little history: The palace was completed in December of 1882 and King Kalakaua and Queen Kapi`olani officially moved in. The palace became the center of social and political life for the Kingdom of Hawaii. After the king’s death in 1891, he was succeeded by his sister Queen Lili`uokalani. A few years later, a provisional government was formed and the monarchy was overthrown — organized and carried out by the American Minister to Hawaii and a group of Hawai`i born citizens of American parents, naturalized citizens and foreign nationals. In 1895 Queen Lili`uokalani was arrested, forced to sign a document relinquishing her claim to the throne and suffered through a trial resulting in a $5,000 fine and imprisonment in an upstairs bedroom of `Iolani Palace. In 1993, President Clinton signed a Congressional resolution formally apologizing to the Native Hawaiian people. In the 1960s, after years of abuse and neglect as a government headquarters, restoration began on the palace. In 1978, `Iolani Palace opened to the public.

`Iolani Palace from the corner of King and Richards Streets. 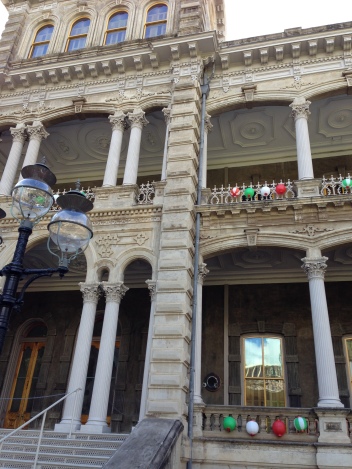 They made you wear booties inside to protect the floors.

The main staircase constructed of koa wood with kamani and walnut trim. 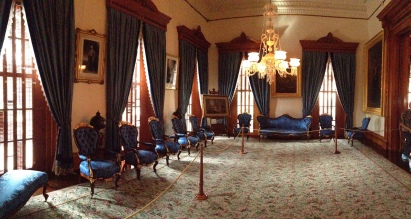 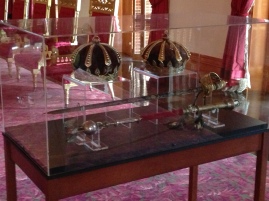 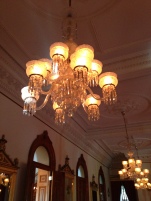 The king was very interested in technology and had a phone in his library to call various places on the grounds. 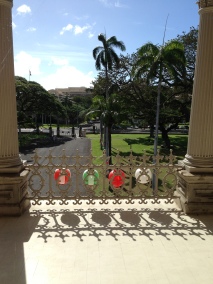 View from the Upper Parlor to King’s Street 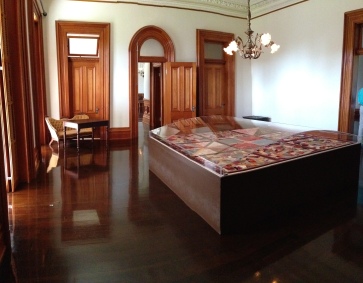 The room where Queen Lili`uokalani was imprisoned. She was allowed interaction with one lady in waiting.

The windows in the imprisonment room were frosted on the bottom.

Queen Lili`uokalani made this quilt while imprisoned. 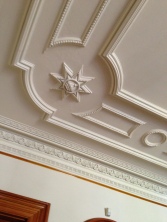 All of the ceilings were beautiful. 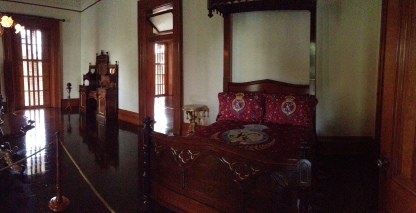 I think this was a bathroom area in the basement.

I don’t remember what this was…something royal :).

Mom this is for you! 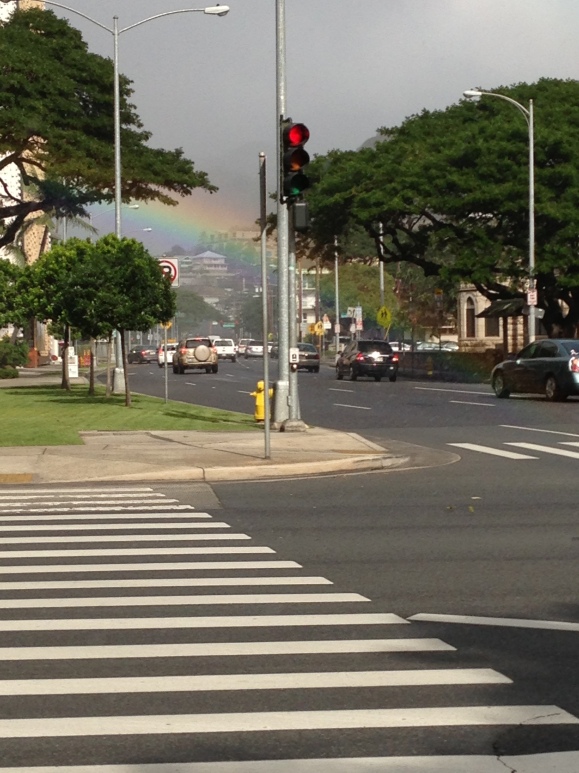 On the walk home as I was getting poured on, I looked up and there was a rainbow so low to the ground. I have never seen anything like it!