On Saturday, we hiked Tripler Ridge to Haiku Stairs. This is a hike that Josh and I both wanted to do, but hadn’t done yet (we’ve both hiked the stairway at night/early a.m. but not hiked to it then down it during the day). Since Bailey and Kyle were here, we thought it would be a great time to go so they could join in on the fun. Josh’s friend Tony also volunteered to come and be our tour guide since he had just completed the hike a few weeks before. It turned out to be one of the BEST hikes on the island yet. It took us about six hours to complete from start to finish. We hiked from Tripler hospital up the mountain on the ridges and back down the Haiku stairs on the other side of the island to Josh’s car (which Tony and Josh had staged the night before). It was EXTREMELY muddy and we were covered by the time we were finished (Bailey and I maybe slipped and fell a few times…). The views were unbeatable from the top and the pictures can’t even begin to do them justice. With the views, came a few scary portions along the ridge. We definitely put Kyle’s fear of heights to the test, but he made it the whole way without any issues! It was such an awesome way to spend a Saturday and we could not have asked for better weather!

The beginning of the hike looking through the fence at Tripler. 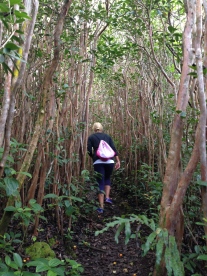 Bailey hiking through the woods. 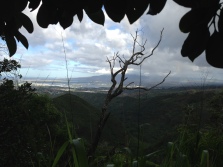 The start of seriously scratching our legs up. TONS of thorns!

Kyle…he didn’t even know what was ahead of him yet :).

Pretty picture of the valley.

Cool moss along the trail.

Cool tree along the trail. 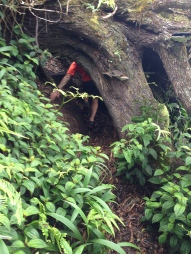 Josh hiking under a tree.

I think this picture is hilarious. Josh and I are both making ridiculous faces. 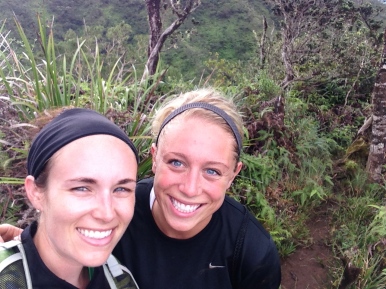 Bailey and I tended to be a bit slower as we were trying not to fall…so we stopped and took a selfie :).

Love the shadows of the clouds on the mountains.

Hiking into the clouds!

The trail looking back. 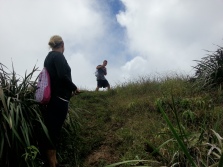 Kyle doing a celebratory dance at completing part of the hike. Little did he know what lied ahead. 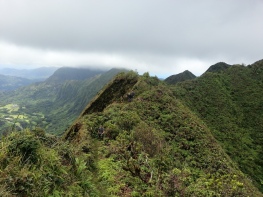 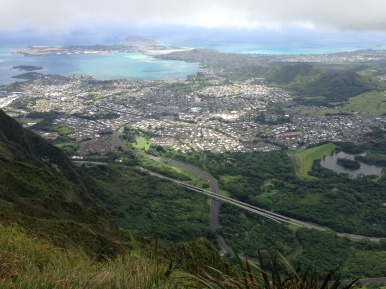 Incredible views before the scary ridge hike to the top of Haiku stairs. 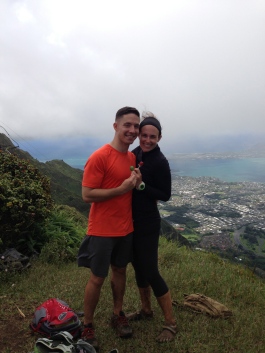 Josh and I holding our blow pops that Bailey provided for all of us!

Love this picture. Waiting for Kyle to join us.

The start of the tough stuff…my favorite part!

Heading towards that power line.

Kyle and Bailey hiking along the ridge. 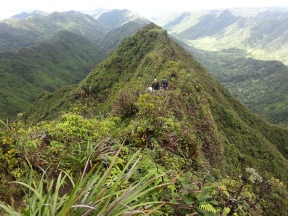 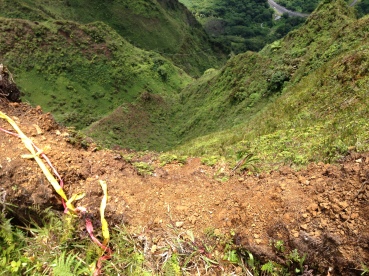 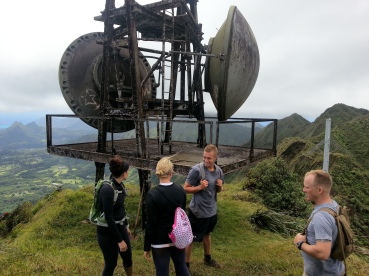 Made it to a bit of a platform with some old radio tower or something.

This looks much less scary than it actually was. it was SUPER steep and even I started to freak myself out a bit. Josh said “pause right there”. Oh ok no big deal Josh. 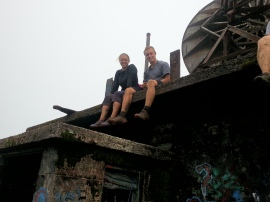 We made it to the top of the stairs! 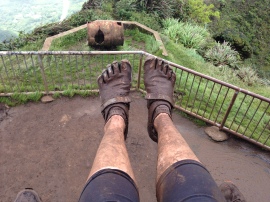 SUPER muddy. Somehow I think I was the worst out of all of us. 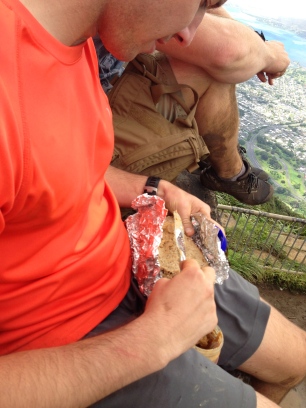 Josh making PB sandwiches at the top…it was difficult b/c it was SO windy.

Starting to head down the stairs.

Loving spending time with her!

Bailey heading down the stairs.

The H3 tunnels and highway.

First platform on the way down. 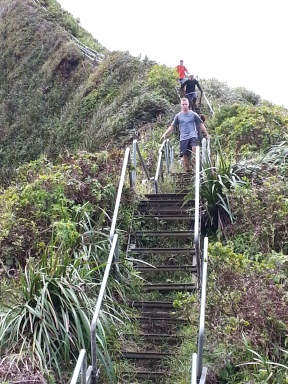 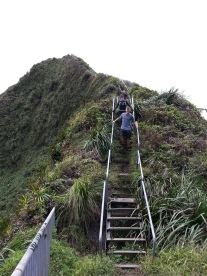 View of Josh’s base. 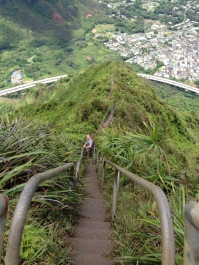 Tony leading us down.

Pretty flower along the stairs.

A piece of the wooden ladder. What the stairs used to be made of…that would be terrifying!

The bottom of the stairs looking back up!

Josh and Tony in the bamboo forest.

The entrance to the stairway.