This past Sunday, Josh and I ventured to Ford Island to wander around and see what was there. I knew there were memorials, but wasn’t sure where they were or what to expect. Our Sunday turned out to be an amazing day. We were able to see the USS Utah (still in the water from when it sank during the attack on Pearl Harbor), the USS Oklahoma memorial, the USS Missouri (which is where the instrument of surrender was signed during World War II in Tokyo Bay) and finally the Pacific Aviation Museum. We also had a great view of the USS Arizona Memorial. It was a beautiful day and a wonderful way to end the weekend!

Our first stop was the USS Utah. The Utah, like the Arizona, remains in the water along with the crew that went down with it during the attack on Pearl Harbor. There was only one person rescued from the USS Utah.

Driving over the bridge onto Ford Island.

The plaque for the USS Utah.

After the Utah, we drove to the other side of the island and took in some of the views there.

A plaque for the USS Oklahoma.

Next, we headed to the Pacific Aviation Museum. We didn’t go in the museum, but walked around outside checking out all of the old aircrafts. Pretty cool. 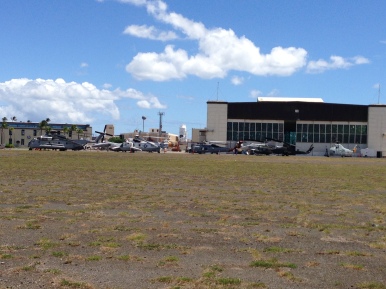 All of the planes, helicopters, etc. at the museum. 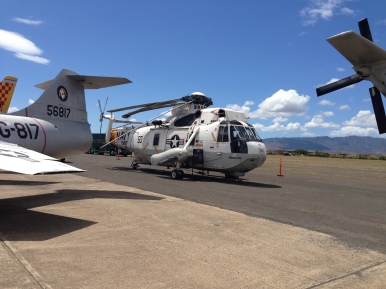 Inside of a rather large helicopter.

Our final stops before touring the USS Missouri (more on that in the next post), were the memorials for the USS Oklahoma and viewing the USS Arizona from shore. 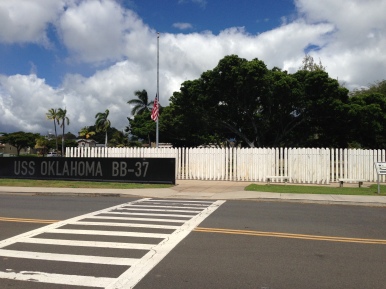